Stay Up to Date

If you want to stay up to date about what is happening with OGDA please follow our Twitter and or Meetup pages. They are constantly and reliably updated with what we are doing. Also if you are trying to contact us please Direct Message us through Twitter and we can either chat their or exchange emails.

On May 11th our guest speaker will me Megan Vokal. She was a local game designer but last year got a job at Infinity Ward. She will be talking to us about some of the day to day stuff of being a game designer at a big AAA studio. Make sure to come out and hear what she has to say and learn something!

Meetings are still at Do Space at 7pm.

A New Year and New Games

It is a new year which means new projects, or finishing old ones. But regardless the status of your project, we are still having or meetings every second Thursday of the month at 7pm at DoSpace. Though this meeting we will have Forrest Catlett and Dave Mark as our speakers for the night. Forrest will be speaking about board game design. While what Dave will be speaking about remains a surprise. But I hope to see a lot of new faces non the less. Though to close out the year, please watch the following video that  sums up some of the games we made in the past year.

Octobers meeting will be on the 13th at 7pm at Do Space. Make sure to bring out your Works in Progress or just share an idea that you have pondering over. 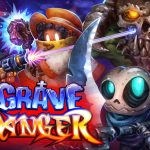 Meetings going forward will be the second Thursday, no longer the third Saturday, of each month. The next meeting will be July 14 at 7pm at Do Space. We will be on the main floor in meeting rooms 1 & 2 near the back.

Note that the meeting room we are in is booked each Thursday for open co-working and that doors are open to coming in early, however, we will keep starting the ‘main event at 7 for those getting out of work and dinner.

Also please join our Meetup group so that we can have a head count for each meeting and follow us on twitter for updates.

Hope to see everyone and their projects in July!

Sorry this one snuck up on us since it doesn’t feel like the 3rd week in April.

Our April meeting is tomorrow, the 18th from 6 until 10 at UNO again. (Same place as the last 2 months.) We meet on the campus of UNO in the CEC building (Community Engagement Center), room 127.

No word yet on what we will be doing… but we always do seem to come up with something, don’t we?

We had to scramble at the last minute, but we have a new location for tonight’s meeting! We will be on the campus of UNO in the CEC building (Community Engagement Center), room 127. Because they have a meeting in there until 6, our start time will be 6:30.

Hope to see you there!

It looks like our run at Bellevue University has come to an end. Our usage of that wonderful facility was secured because Alex Meyers was teaching there for a few years. He is no longer doing so (he’s at Creighton now) but had penciled us onto the schedule through the end of 2014. Somehow, we seem to have reached the end of 2014! This means we needed to start hunting for a new location.

While we aren’t sure if this is a permanent arrangement or not, we have received an offer from the Omaha Code School to use their facilities this Saturday for our January meeting. We really appreciate them volunteering the location on such short notice. We really look forward to checking out their place and learning a bit about what they do there! In fact, some of our OGDA members are mentors there!

So, let’s get together this Saturday night and show them a bit of what WE are about! We will be meeting at the usual time of 6-10PM.

The Meetings page has been updated with the new location info and map.

For those of you not blasting out of town for an early start to holiday visiting, remember that we have our regular monthly meeting this Saturday the 20th at 6 PM. Come show off what you have been working on or explore what others have been doing!